The Owen County Public Library: A History
By Laura Wilkerson

In the book, History of Owen County, published in 1884, it is stated that, “At one time, our county library contained some 2,000 volumes, and was very valuable. As private libraries increased, less and less interest attached to the county library, and one by one the books disappeared from their places and were not returned. The library now presents a ragged and forlorn appearance, and most of the books of value are gone.”

The Library was reconstituted in 1906 in the form of two rooms on the upper floor of the old town hall. Citizens had expressed interest in a public library by raising $388.05 in subscriptions which convinced the Town Board to institute a library tax of three cents for every one hundred dollars in taxable property.

The new Public Library was formed with an initial budget of $416.32 and a book shower provided most of the 1,033 volumes found on the shelves. The Library proved so popular that by 1911 Spencer was able to show enough support to secure a $10,000 grant from philanthropist Andrew Carnegie in order to build a larger, more permanent, public library and on January 1, 1912 the Spencer Public Library was opened at 110 East Market Street.

The 1990s was a time of tremendous changes in the library landscape. In 1995 the Friends of the Library reconstituted and became active again. Also in 1995, the Library’s circulation system was automated and barcodes added to all material. A computer for public use, located in the Children’s Department and dependent on a dial up connection, was added in 1996.  Technology continued to progress in the new building. In 2010 the Library started offering Patrons digital content through Overdrive and in 2012 the purchase of a Bookmobile increased the Library’s ability for outreach to underserved parts of our community.

2013 brought enormous changes to the Owen County Public Library. After years of careful financial management the Board of Directors announced an ambitious library expansion project. At the same time, Director Vickey Freeland announced she was leaving her position after sixteen years at the helm and Ginger Rogers was hired as the Library’s 16th Director.

Ground was officially broken for the Library remodel in 2016 as the Owen County Public Library looks to our future while building on our past.

The expansion project of 2016-17 included an addition at the east side of the building;  the area called the “hearth room”, the new community room, men’s, women’s, and a family restroom, and a Bookmobile port and office, as well as new stairs to the second floor.

The remodel changed the entire face of Adult services and Youth services.  Walls were moved, a new tree was added to Youth Services. The east side of the building retained some of the previous offices, but added a Tech area for teaching technology, and a staff breakroom.

The emphasis is on creating spaces for patrons to read, work, and feel welcome and comfortable, as well as making the staff more accessible to the patrons.

The basement will become a storage area for records and a place for storing and sorting books for Friends of the Library use. 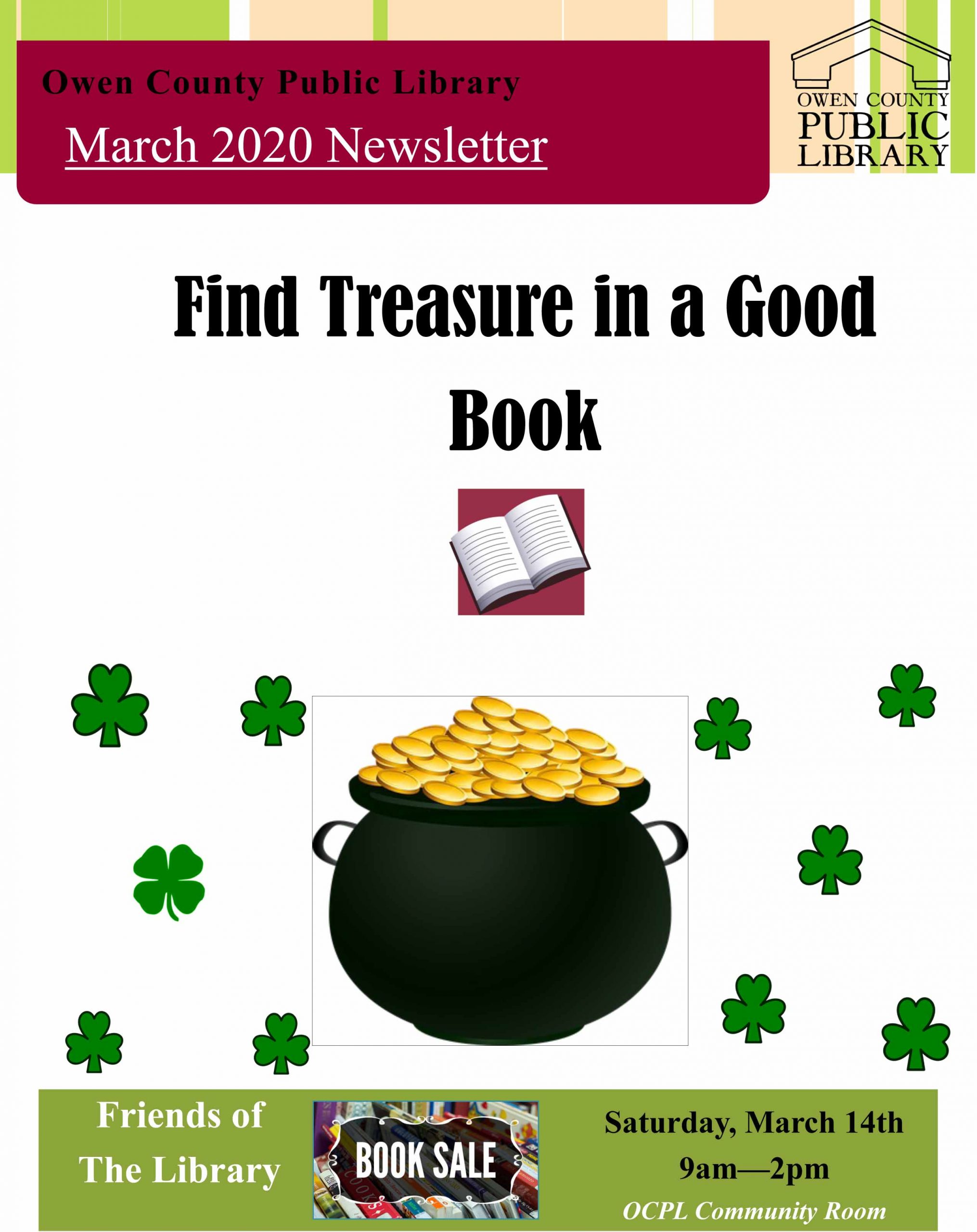